Today, I have been quite the ballsy one. Chock full of bravado and daring-do. Spunky, even. Brave as a Rolex dealer strolling in full bling bling mode through a favela in Rio. Adventurous. No, not adventurous. The word just isn’t strong enough. Basically, today I strode onto the internet packing a pair of cojones the size of jet engines falling out of the Colorado sky and booked some flights to Bergerac for late June. A summer holiday!

I know, what an utterly ridiculous notion. A summer holiday indeed. Lockdown must have gotten me all a little delusional. But it’s too late now, I’ve gone and done it. I’m committed. Ryanair sure won’t be giving me my money back when I come to my senses and realise I’ve been an utter buffoon. I’m going to have to see this one through. But…don’t think I rushed into this without giving the pros and cons of such a risky endeavour at least a fleeting moment of thought.

I am, as I have tried to be throughout the pandemic, pragmatic. I’ve no intention of taking foolhardy risks. I’ve suffered at the hands of a virus quite enough in the last couple of years thank you very much and have no desire for a repeat performance. But one wants to enjoy life too. And I fully accept that life will never be a zero risk event.

But I feel a growing confidence that normal is on its way back. Ultimately, the decisions that need to be made to reopen travel corridors are not ours to make. We are at the mercy of the powers that be. Some experts see May 1st as the date things get going. Others believe August is more likely. Boris will give us a clue tomorrow evening as he reveals his roadmap out of lockdown. 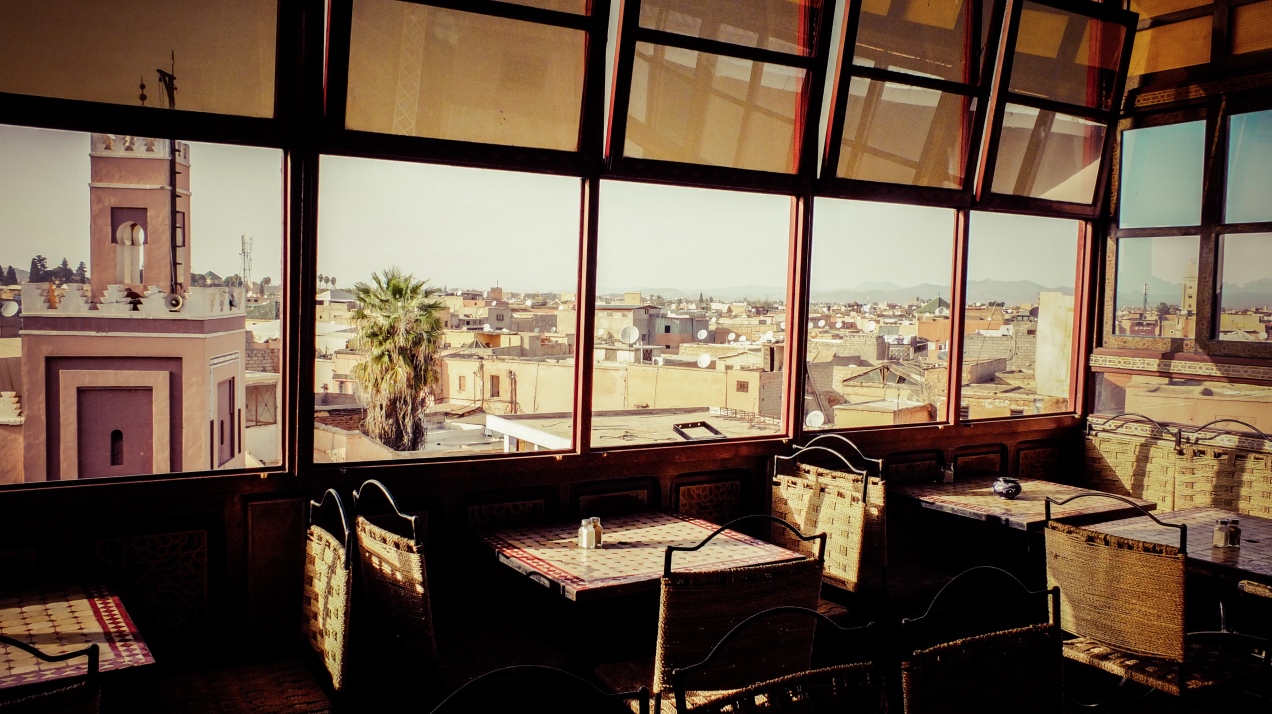 The photo is a throw back to the good old days, when it was possible to fly off to exotic locations and explore, eat and photograph everything to your hearts content. It Marrakesh, 2013. A lifetime ago. Before the plague. Simple times. You booked a flight and some accommodation, and off you went.

My initial optimism for travel in 2021 is diminishing. Maybe, just maybe, we can get a short Mediterranean break in sometime in June. Maybe. But it’s September that I’m looking at with greater interest. But even that will likely be a last minute decision according to the state of the world.

Some countries largely have the virus under control, but likely won’t have a vaccination program under way. So the likes of Cambodia and Thailand may not be as welcoming as we’d like them to be. The Foreign Office, and therefore travel insurance companies, may well declare much of Africa off limits for some time to come.

But what’s that I see out there in the east? Might Japan be a candidate? Mrs P has always wanted to go. As have I, although I’ve been put off by the expense. But perhaps this is the year to grab a bargain. Especially if the Olympics are indeed, as rumoured, cancelled. So we have a new, incredibly tenuous and likely-to-change-at-a-drop of a hat type of plan.

I’ve pre-ordered to 2021 edition of the Eyewitness Japan guide book. And I’m looking how far round the country we’ll get with a seven day rail pass to ride this bullet trains. Stay tuned, as they say.

It felt good to be travelling again. I like airports. They aren’t everyone’s cup of tea, but I’m definitely in the Love Actually camp on this subject. It was nice to see a steady stream of jets roaring into the blue skies above Luton Airport. It was good to see bustling shops, Prets and restaurants inside the airport. It was lovely to hear the excited chatter of people off on foreign adventures.

Best of all, it was wonderful to be setting off on my own trip overseas once again. It had been far too long. Had another month passed, it would have been a year since I’d last left the country. A whole calendar year. That hadn’t happened thus far this century. And it didn’t come to pass. We made it to Portugal in good time to prevent such a horror.

We have another trip booked this year. Malta in the middle of October. I say booked, but in truth it is a rebooked holiday. The original booking, for March 26th, was cancelled when the U.K. went into lockdown three days before we were due to fly. It seems at present that this is once again unlikely to occur.

There is currently a quarantine requirement in place for persons coming into the U.K. from Malta, and the current trend in infections suggests that this is unlikely to change between now and then. But I have my fingers crossed anyway. Optimism costs nothing, beyond entirely expected disappointment. And I plan further adventures for next year, with hope in my heart. But in truth, I largely despair at the world.

The people rail and wail against the political classes. They have cause to do so, particularly in populist run states such the US and U.K., where the pandemic has had to compete with comparatively unimportant ideologies, in a world of personality cults. Hence we approach autumn with a collapsing test and trace system. That was the one real job of the government over the last six months, and they have failed.

Only so much blame can be placed on governments. Our societies and the people within them have a lot of freedom to make choices and perform actions based on evidence, common sense and shared knowledge. Sadly, an unfortunately high percentage of the population that I can observe seems set on a course of action that will likely wreak long term damage -economic, social and health – on our communities.

Sadly, the opportunity to choose stupid has proven too tempting, for too many. Ludicrous claims by demonstrably dim witted Youtubers, Tweeters and Facebookers have been elevated above factual statements of genuine experts. And whilst it’s true to say that the hardcore conspiracy theorists are still a tiny minority, they have succeeded in sowing seeds of self destruction in a wider population.

A second wave was always inevitable. Perhaps the inability of a free western democracy to countenance that was also always inevitable. I have largely lost faith with our societies. I have a friend who would now interject in this doom laden essay to say that it will all end well, and I agree with him. I just think it’s worth mentioning that millions will likely die between now and then. So I shall treasure my memories of Portugal. Who knows when next we will fly.