If we buy into the adage that this is a war on Covid, then it’s reasonable to say that the war is far from being won. The enemy is simply concentrating its guns elsewhere at the moment. Brazil, Mexico and India seem to be taking the brunt of it. For now.

Most of the over 50s and vulnerable in the U.K. have had their first shot now. In about a month to a month and a half, that first dose will offer pretty good protection. I’m two weeks away from being able to relax myself. Mrs P is three weeks away. I keep receiving reminders that patience is required. By this, I mean to say that people I know are still occasionally getting sick.

But still, my itchy feet need scratching. So I am booking stuff. Hotels in Malta for September. A National Geographic food festival in London for July. The Epic Iran exhibition at the V&A at the end of May. Alas, the Duran Duran concert in July that we booked ages ago has now been cancelled. But we’ve used the refunded money and invested in Historic House Association membership for the year.

Mrs P and I approach the future with optimism. With confidence. And, for now, with patience. 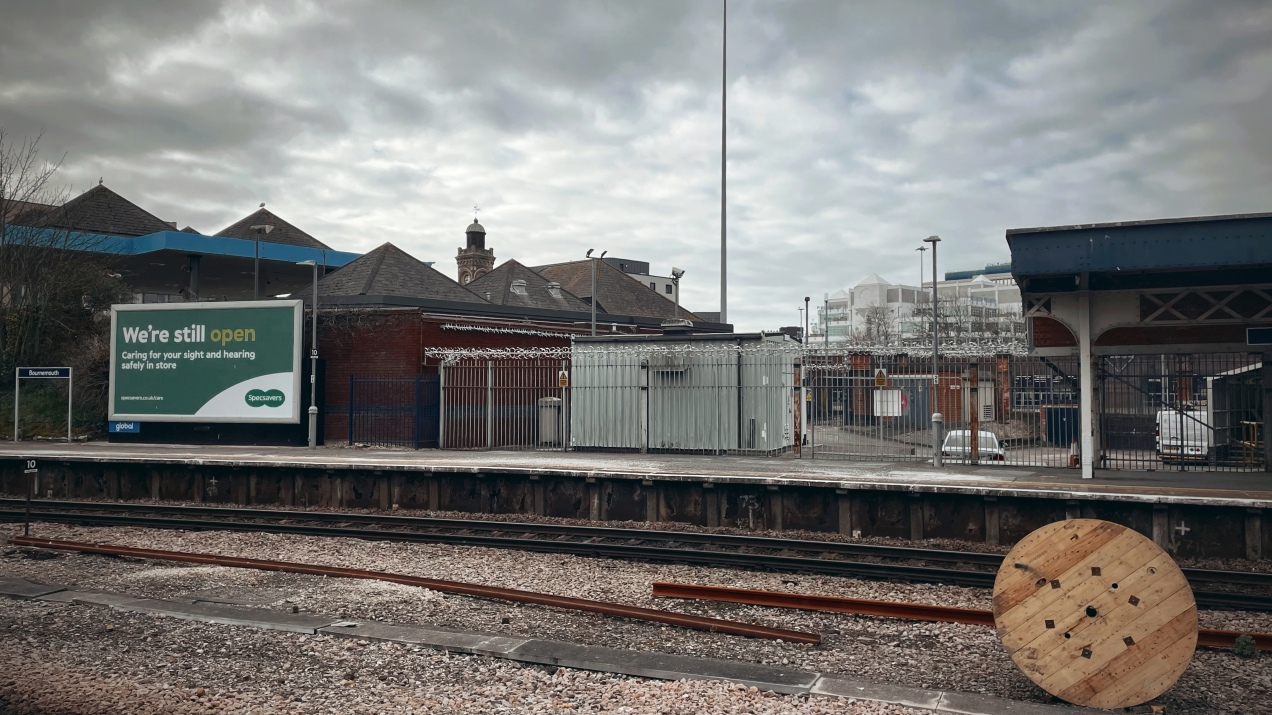 Within this photo is twenty years of my professional life. Sort of. Almost. If we are being precise, eighteen years and 10 months. If you want to start nit picking, then its about four years. I am standing on a railway platform, my employer for the last five years and eight months. But my role means I am not fixed to any single station. I move around. But I do a fair few shifts here. I feel that six months is a reasonable estimate.

To the left you can see a pair of canopies with blue strips around them. They belong to a petrol station. Once upon a time, it was owned by Star Service Stations Ltd, a division of Texaco. I worked for Star from 1996 through to 2005 when I fled to Mexico. Fled? Texaco sold all their Star sites off in 2005, most of them to Somerfield. I had no desire to be employed by Somerfield. Or Scumerfield, as we Star service station managers referred to them. I worked at the station in the photo from 2000 to 2001.

To the right of centre, in the background, is a large white office building. I spent about two and a half years of my four and half year long I4R career in this building. I mentioned I4R just days ago, with a photo of the building they occupied previously – the Chocolate Box.

The photo I really want to show you hasn’t been taken yet. It’s of my retirement pad, which doesn’t exist yet. But I’m working on it. Whether it is located in Mexico or in Portugal or elsewhere isn’t set in stone. I would hope that when I look back on my residence there, I can title the post Thirty Years. I’d settle for Twenty Years, I guess. The online ‘Guess Your Life Expectancy’ websites still take a dim view of my previous smoking habit, and suggest ten to fifteen years might be a more realistic target.

A year ago today, Boris went on the evening telly to let us all know that we needed to stay home. Protect the NHS. Save lives. He was telling us this at least a couple of weeks later than he should have. But I guess we should be grateful that he didn’t leave it a few more weeks still. He was clearly tempted to do so.

Yesterday, Boris told us we should today observe a minutes silence, to reflect upon the year gone by. But, one presumes, not to reflect too long on his own contribution to the British response to the novel coronavirus. The silence was set for midday. I happened to be on my daily walk along the beach. So I recorded my silence for posterity. You can join me, if you wish. Press the play button. And please shush…

There’s plenty to reflect upon, isn’t there. We live in a different world. Different in a multitude of ways, but perhaps most noticeable in the absence of millions of people, lost to the virus. I don’t wallow in the sorrow though. We will get back to a normal world. And I’m confident it will be closer to the old normal than any of the dystopian new normals that have been proposed.